Everyone celebrated Halloween three days early, assuming the party and trick’r’treating scene would be dead during the actual holiday. I sat in a crowded room full of people who put minimal effort into their costumes, I myself in a color-mismatched thrift store outfit that everyone guessed was a 1920s Jewish street peddler. I’m hazy on my original intention but I had decided to keep that angle. The Jewish part was unintentional, but whatever.

I sat there drinking quietly as another freshman I was interested in sat on the bed next to me, getting her first kiss from yet another freshman sitting on her other side. I hadn’t talked to her much anyway. An hour later, I had drunkenly slipped from the room.

Regardless of how much my floor talked to me, they liked the dry-erase board I kept on my door, which had become a sort of public forum where no one could tell who’d written what.

It was two nights before Halloween when the actual storm hit. Everyone was encouraged to gather supplies or speed along their travel plans before dark. Since our dorm was in ritzy Manhattan, the line at Trader Joe’s extended well onto the street as people impatiently panicked but refused to leave their place in line. It was raining, and the sky was still gray.

Around five hours later, I remember noticing the sky was brown.

It would be exaggerating to say I never spoke to my floor, so I’ll invite no pity by suggesting it. But I was the quiet one, again.

Wind rattled everyone’s windows, which they covered in scotch tape after hearsay that it stops the windows from shattering. Another dorm had evacuated into ours due to hearsay of impending floods. More hearsay, which we’d later confirm, said the revolving door to our building had blown off and was now lying on the floor of our lobby.

Around eight at night, I found a group of half my floor preparing to go outside and explore. None had ever seen a hurricane before.

My neighbor firmly remarked that she wouldn’t come with us that night, because we’re all idiots. Despite the gaping hole in the lobby where the revolving door had stood, we left through the double doors beside it. Rain poured in at an angle. 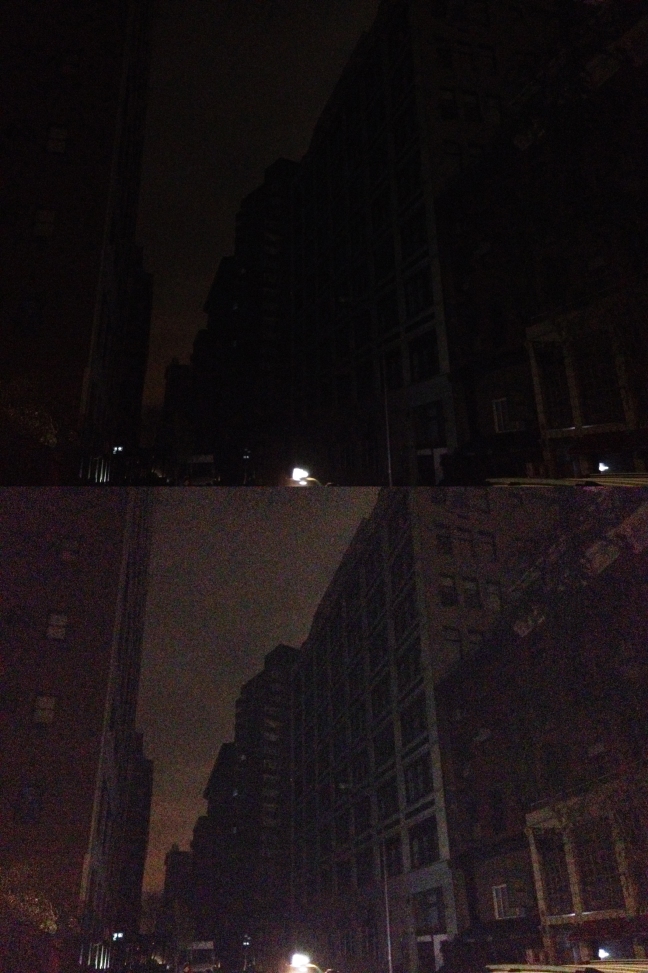 The plan was to go as far as we could see, but after seeing the darkness we just wandered. Storefronts were sealed shut, pleasant green sidewalk hedges turned out to be fallen trees, and every few minutes the wind would become such a powerful force that nobody could walk forward, spending all their energy on simply keeping themselves upright. It was energizing, forcing your lungs full and forcing your arms out, and against all odds you felt powerful even though nature was quite clearly holding you under its thumb.

We passed a tilted, halfway collapsed street sign saying “All Traffic this way” with the arrow now pointing skyward. This upset the more superstitious among us, and so we hauled back. It would be two more days before the rain dried from my clothes. We were idiots. But we felt a morbid sort of refreshed, and nobody needed to speak for awhile.

Once everyone had changed clothes and sealed themselves back on our floor, it was clear from the utter blackness that the power had gone out. Everyone huddled into one darkened room, and while all sorts of nature thundered against the window, the Internet still worked and we spent the remaining charge of someone’s laptop watching horror videos about the Slenderman. Any time the door opened, people screamed. 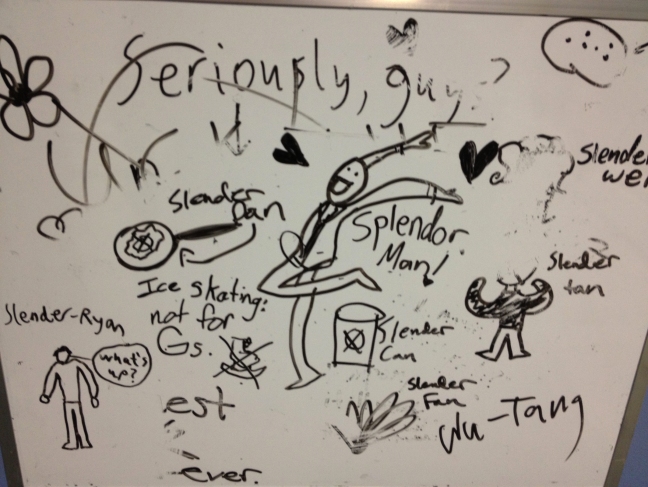 The storm cleared after that night, but the city had taken a hit and the power wouldn’t return to lower Manhattan for another week. We didn’t need a confirmation that classes were cancelled. Our dorm had a backup generator that worked only in the hallways, so anyone seeking light or charge for their phone was forced to sit out in the halls all day.

And so for nearly a week, our small hallway society centered around the two or three power outlets which we took turns using. The building’s water took its sweet time returning, and I was one of the few people who took the time to rip apart the tendons in their small arms lugging home a case of bottled water. That started some conversations. 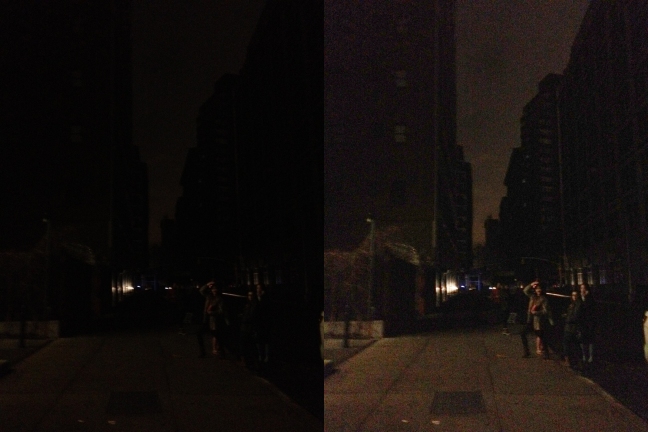 I don’t mean to say we were in any real danger of starving that week. It was New York University. This is Manhattan. But we had to work a little more.

The first day after, we searched a deathly quiet, post-apocalyptic New York for anything still in business. Most weren’t. Two Bros Pizza on St. Marks had miraculously reopened, churning out pizzas and eventually a huge profit from its wood-fire oven. Eventually the power came back north of 30th Street, and we hiked to a Herald Square deli. Searching shadows for the Slenderman, then jumping at them, became common. It became fun. 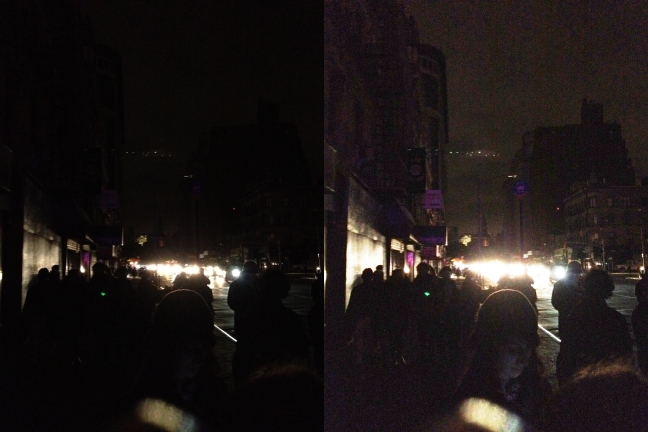 As the power eventually returned and normalcy eventually resumed, everyone stayed in the hallways a little longer before returning to our rooms. Many kept in touch, some didn’t.

Until the end of freshman year, the Slenderman symbol of a circle-and-X would still appear periodically.

Remnants of our hallway still meet often, and my former neighbor still tells us we were idiots for going out that night. But she says it fondly.